If we look at past hurricane events, they show us that lack of hurricane awareness
and preparation are common threads among all major hurricane disasters. By knowing your vulnerability, developing an emergency plan and keeping an emergency kit, you can reduce the effects of a hurricane's impact on you or your family.

There are many hazards associated with hurricanes, including storm surge, heavy rainfall, inland flooding, high winds, tornadoes, and rip currents. Of these, storm surge has the most potential for loss of life on the coast.

Storm surge is an abnormal rise in sea level accompanying a hurricane or other intense storm. This advancing surge combines with the normal tides and increases the water level to heights that will impact roads, homes, and other critical infrastructure. This rise of water can cause severe flooding in coastal areas, particularly when the storm tide coincides with the normal high tide.

Hurricanes are classified into five categories based on their wind speed, central pressure, and damage potential. Hurricane categories do not account for storm surge.

Unlike locations further inland, any tropical weather (tropical depressions, tropical storms, and hurricanes) is cause for concern on the Island. Because most of the Island is close to sea level, storm surge and wind shear pose a greater threat.

The National Hurricane Center uses watches and warnings to inform the public of possible impacts from a storm. Familiarize yourself with the terms used to identify a tropical weather threat. 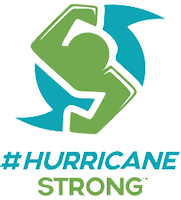