Why did the Town consider an e-bike ordinance?

As electric bicycles (e-bikes) became increasingly popular on the Island, their use on Town-owned pathways raised concerns regarding the safety of e-bike users and other pathway users due to the high speeds at which they can operate.

Can all types of e-bikes use Town pathways?

No, only class 1 and class 2 e-bikes are allowed on Town pathways.

How fast can e-bikes go?

Class 1 and Class 2 e-bikes both stop providing motor assisted power at a maximum speed of 20 mph.

Where do I get a label indicating my e-bike's horsepower and maximum assisted speed?

The requirement to have a label affixed to the bike indicating its speed and corresponding wattage is a requirement from the State of South Carolina. https://www.scstatehouse.gov/sess123_2019-2020/bills/3174.htm

Per the Act, the manufacturer or distributor is responsible for affixing the label to the bicycle.

Are e-bikes allowed on private pathways within the gated communities?

The Town's e-bike ordinance applies to Town public pathways only. Please check with your POA for private pathway e-bike applicability.

Are e-scooters, other e-equipment and golf carts allowed on public pathways?

No, they are not allowed. Motorized vehicles are prohibited on Town public pathways. 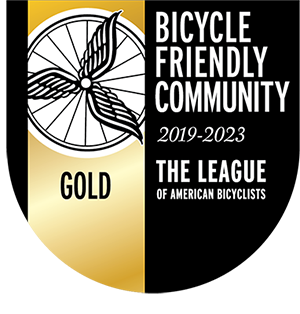